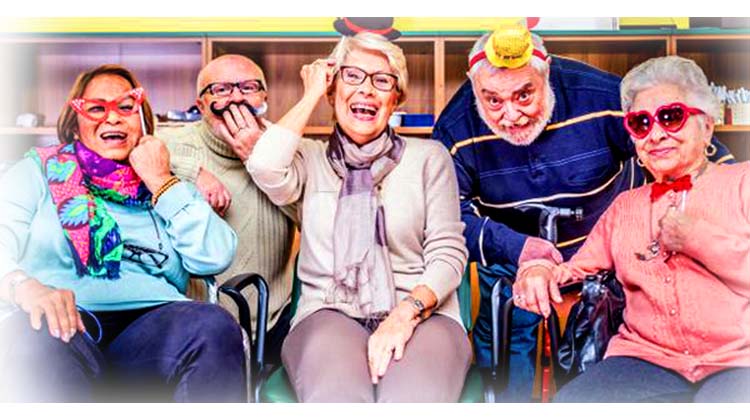 Each perspective paints a picture of older adults as active, able, willing to work and ready to take on the issues and opportunities that impact their lives. While a case can be made for this image of aging and the reality of a $7.1 million longevity economy, there are still too many older adults who don’t fit the profile based on their education, finances, socio-economic or health conditions.

As we move towards eliminating the bias of ageism we can’t forget those who cannot help themselves. If a nation is judged on the basis of how it treats it’s least, its last and its littlest, whatever we call our social reform movements, let’s make sure that no one is left behind. It’s a cogent point of view you will find in the following article.

Positive Aging Needs To Be For Everyone
Elizabeth White – Next Avenue Contributor, Forbes Jun 28, 2017

In my mid-30s, I briefly dated a psychologist. I don’t remember much about him except that his preferred patient was a YAVIS: Young, Attractive, Verbal, Intelligent and Successful. The term was new to me. YAVIS problems, he told me, were more interesting. YAVIS patients had agency and choice and the resources to create a better life for themselves. It’s not that he didn’t feel compassion for people of modest means facing huge life challenges, he just didn’t want them in his practice.

Well, it seems even as YAVISes age, they’re still preferred (even if they’re no longer Young). In their 50s and 60s now, they’re the cool boomers, the media darlings, the ones marketers love to focus on. Too often, when we think of reframing aging we think of them — still high school skinny, free from joint pain, working 70-hour weeks in cool encore careers. Their lives have come to define what aging well means. And the underlying message is that aging well means not looking different, feeling different or acting different than we did in our early 40s.

What’s the Reframe for the Rest of Us?
But are we really reframing aging when so much of the focus is on the traits of fortysomething adults at the top of the food chain with the resources and means to take care of themselves? What’s the reframe for the approximately 40 million boomers trying to scrape together the finances to survive the next 25 years?

The positive aging movement invites us “to come alive, to live our best possible lives,” too often with strategies and choices designed for 60-year-old YAVIS types with money. I don’t begrudge the affluents their options, but where are the affordable choices for the rest of us? Too many positive aging advocates have yet to embrace affordability and access as core principles. Little is written or said about how to help older adults in financial jeopardy and with poor job prospects “live their best possible lives.”

Nearly one third (29%) of Americans 55 and older have no retirement savings. Even among those of us over 55 who have managed to save, the median value of our retirement accounts is just $104,000. With life expectancy now north of 80, that money won’t last us very long.

Older Americans at Risk
The truth is we’re already seeing growing numbers of older adults living under dire circumstances. At risk are not just older workers who’ve lost jobs in factories and offices due to offshoring and automation, degree holders who’ve been unexpectedly RIF’ed, outsourced and downsized are also falling on hard times.

Yet, somehow being over 50 and financially insecure has gotten a bad rap in the reframing aging movement, despite the millions of older Americans at risk of experiencing it. We’re told that if we talk about our financial challenges, we’ll turn off marketers, employers and others. We’re encouraged to focus instead always on what’s good about aging — what’s upbeat and promising.
But how transformative is the reframe on aging when millions of older Americans facing real financial challenges and a rough ride ahead are excluded from the conversation?

Where Are the Good Ideas?
If the economics of aging means that millions of us are going to have to live with less, why aren’t whole conferences dedicated to helping us figure out how? What are the good ideas we need to know about? What can we learn from promising initiatives already underway in this country and globally?

In the new normal of financial insecurity, lots of us may well end up living in the equivalent of adult dormitories. But why do they have to be soulless slabs of concrete? More of us could embrace the forced downsizing if our much-smaller quarters were well designed, efficient, sustainable and affordable, airy and bright, looked out onto a small courtyard and had the basic services and amenities we need as we age.

What the Reframing Aging Movement Should Do
The reframing aging movement must demand a decent quality of life for the millions of older adults who were good workers, neighbors, taxpayers and citizens and came up short through no fault of their own.

Right now, a lot of us look at the retirement income crisis mainly through the lens of doom and gloom. But what if we flipped the script and looked at it as an opportunity, as a path to a more sustainable way of living and a way to prepare younger generations for longer and better lives?

Instead of focusing on what a burden all of us “old” people are going to be, we should be calling on entrepreneurs, product designers, brand managers and marketers to figure out how to serve a 50+ demographic accustomed to living well, but now on a budget. What new products, services and business models will we need to live richly textured and meaningful lies on fixed or modest incomes?

Talking to Long-Term Unemployed Older Adults
Recently, I had the opportunity to speak to two groups of long-term, unemployed older adults about my book Fifty-five, Unemployed, and Faking Normal. One was in Martin, a rural community in northwest Tennessee; the other was in Cambridge, Mass. at a venue on the MIT campus. In Martin, I met participants in the federal job-training program for older adults, Senior Service Community Employment Program (SCSEP), many struggling to pick up the pieces after losing good factory jobs in their mid- to late-50s. At the Institute for Career Transitions event in Cambridge, I met white-collar professionals in their 40s and 50s, former high earners who were downsized and are facing a “we don’t want you job market.”

What struck me listening to both groups was how similar the stories were of loss and frustration, of doing everything right only to land here. In the end, it did not matter whether you were from Martin or Cambridge, whether you had to give up catfish or salmon, the pain was the same.

It is to help all of us figure out how to adapt and thrive in a future that is uncertain and increasingly impacted by limited resources and other challenges, known and unknown.
America is in the midst of an age boom and with it, an amazing transition. In general, those over the age of 50 are expected to live longer than any previous generation. 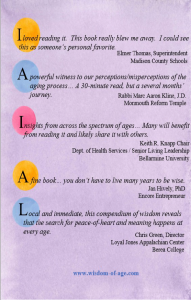