In 2018 retail sales alone the U.S. hit $1.002 trillion during the holiday period — which it defines as spanning November 1 and December 31 — an increase of almost 6 percent from the previous year, marking the “strongest growth since 2011,” according to data from market research firm e-Marketer.  Yet despite the growth, businesses many businesses continue to ignore the ever growing boomer and elder market. A $7.1 Trillion longevity market expected to grow to $13.5 Trillion by 2032.The following article will give you some much needed insight into companies that are figuring this out.   -Jeff

Those in the marketing, advertising and PR businesses are spending an inordinate amount of time worrying about how to market to the rapidly growing millennial market. The fact that this younger population responds less to advertising than any previous generation has marketers scurrying for alternative solutions. But while devoting energy to capturing millennial spending money, those marketers may be forgetting about what is still an even bigger market — baby boomers and senior citizens.

Don’t imagine the senior market to be represented by a scowling old man who speaks in grunts and cold stares, pointing a rifle and growling, “Get off my lawn!” Those of us who have reached senior status may prefer to identify more with senior citizen Mick Jagger than quintessential angry old man Clint Eastwood.

Sanjay Chadha, CEO and founder of Safety Labs, a company that caters to the senior market with an innovative medical alert device that can be used both in and out of the home, notes that while seniors tend to have practical concerns and a no-nonsense approach to buying, they are increasingly just as tech-savvy as millennials.

“Marketing to the senior market requires an acknowledgement that they are leading active lives, and just as likely as millennials to be spending lots of time out and about,” said Chadha.

When Chadha created Safety Labs, he had two realities in mind: Seniors are tech-savvy and use mobile devices, and they don’t just stay home all day. “In creating a product that serves this market, we realized that while seniors may need assistive devices such as electronic medical alert necklaces that call emergency responders, they are also more engaged in hobbies, entertainment, and going out on the town, even though they may need a little extra help when doing so. The addition of Bluetooth to the alert device gives them this option.”

The predominant stereotype of seniors is that they are technology-illiterate and rely on their grandchildren to run their electronics, but nothing could be further from the truth. Baby Boomers — those born between 1946 and 1964 — actually spend more time online than do millennials, according to Limelight Networks’ The State of the User Experience annual survey, which noted that while 41 percent of millennials spend more than 15 hours a day online, 51 percent of boomers are doing so. Boomers represent about a third of all social media users, and those aged 50 and older spend about $7 billion a year online, with boomers using the Internet as their primary means of comparison shopping.

2. Why market to the senior segment?

Selling to millennials is fun. They buy quirky hats and retro clothing, love craft beer and if they like what you have to offer, they are quick to spread the word to their social network. But while earlier generations assumed that their children would be better off than they were, millennials missed the boat and are the first generation to have less money and fewer jobs compared to their parents’ generation. According to the U.S. Census Bureau, young adults earn $2,000 less today than young adults did in 1980 — and if you’re looking for buyers with disposable income, it’s no longer the young.

Nearly 70 percent of disposable income will come from senior citizens in the next five years, and seniors are spending more every year on hobbies, which has grown 5.2 percent annually since 1990; and entertainment, which has grown 9.8 percent annually since 1990. Also, marketing to millennials requires a dramatic departure from traditional advertising, as these demographics are less likely to respond to an advertisement than they are direct engagement and social media.

The Bureau of Labor Statistics estimates that by 2050, there will be 83.7 million people aged 65 and older. And while the current cohort of seniors carries more debt than previous generations of seniors, they spend more on hobbies and non-essentials than they did in 1990, and in terms of net worth, are doing quite well compared to other age groups. On average, seniors are the most affluent demographic of American society, with seniors having five times the net worth of the average American.

3. Best practices for marketing to seniors.

While seniors do respond to traditional advertisements, they are tech-savvy, and online and social media marketing should be included in the mix.

When creating products and services for seniors, keep in mind that they are more active than ever, and spending money on hobbies and entertainment.

The senior market is not one-size-fits-all. Marketing to 90 year olds will be different than marketing to 65 year old Baby Boomer — adjust your messaging to fit each sub-group.

Pay attention to the customer experience. Superior customer support and responsiveness is especially important — and don’t forget to stay in touch after a purchase has been made. 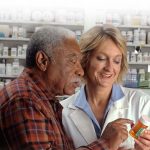 www.wisdomofage.net In 2018 retail sales alone the U.S. hit $1.002 trillion during the holiday period — which it defines as spanning November 1 and … END_OF_DOCUMENT_TOKEN_TO_BE_REPLACED 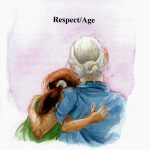 Honoring Grandparents Deserves More Than a Day        by Jeff Rubin This Sunday, September 8th is Grandparents Day. Signed into law by … END_OF_DOCUMENT_TOKEN_TO_BE_REPLACED 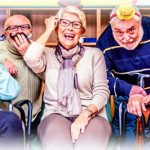 The fight against age discrimination assumes many forms from Anti-Aging to Equal Aging, to Positive Aging, to ageless aging. Most people think of … END_OF_DOCUMENT_TOKEN_TO_BE_REPLACED 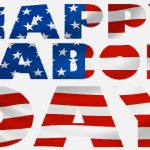 Labor Day marks the unofficial end of summer, a time when many people go back to school and others return to work. Labor Day is also a time to think … END_OF_DOCUMENT_TOKEN_TO_BE_REPLACED 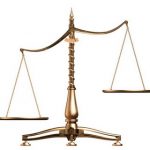 Sad but true, according to the National Center on Elder Abuse, approximately 1 in 10 Americans aged 60+ have experienced some form of elder abuse. One … END_OF_DOCUMENT_TOKEN_TO_BE_REPLACED