I’m always flattered when one of my Wisdom of Age articles is featured in another publication. This particular article on the value of elder employment is particularly rewarding to me because the message is being broadcast to all Bluegrass Society for Human Resource Management members.

Whenever any one of us can take an action to raise awareness about the value of experienced human capital, such actions strike a blow against ageism and support the positive aging movement.

Two-thirds of today’s baby boomers plan to work past age 65, or do not plan to retire at all, according to a report that appearing in the Transamerica Center for Retirement. Yet that decision may be harder to realize given the realities that many older workers face and the subsequent spike of “ageism” in the workplace.

For older workers and others who’ve experienced job loss, their situation is compounded even further when viewed against the backdrop of a 2014 Employee Benefit Research Institute report on the preparedness of older workers for retirement. The study reveals rather alarmingly that nearly 60 percent of workers ages 55 and older had saved less than $100,000 for their retirement years, and another 24 percent have saved less than $1,000.

In short, for an increasing number of traditional retirement age workers today, the greatest fear they face may be running out of money; the consequences of which will ultimately be felt by us all. While many cite the need to continue working, there is also a growing number of people approaching 65 who, for reasons other than financial, are simply not ready to retire. Instead, they choose, to remain active either full time, part-time, or in other productive ways. The irony in all this is the convergence of these issues at a time when business, industry, and communities are being forced to re-think the ways in which they perceive age, work, consumers, and their economy.

It is emerging too, at a time when, according to The National Older Worker Career Center (NOWCC) www.nowcc.org, “many employers, public and private sector alike, are beginning to face the loss of experience as those workers who want to retire are doing so.”

To put this in context, let’s consider the numbers. According to the PEW Research Center, approximately 10,000 people turn 65 every day, a never-before-seen surge that is expected to peak at 4.3 million annually by 2025. If you include the fact that elders are living longer (85 plus being the fastest-growing age group) it’s easy to see why this trend represents an alarming concern to some. However, the increasing percentage of the 85+ elder population is nothing short of revolutionary.

Longevity refers to this convergence as a “silver tsunami” part of a new booming dynamic where the benefits of longevity are fueling the economy. They point to the already staggering $7.1 trillion spent annually in the U S alone by those 50 and over on products and services they presently consume to make their case.

In Kentucky alone, this “longevity economy” is already yielding dividends. According to an Oxford Economics report conducted for AARP, despite being just 35 percent of Kentucky’s population in 2013, people over 50 accounted for 45 percent of Kentucky’s Gross Domestic Product ($83 billion). This longevity revolution is expected to create a whole range of opportunities for those investors, companies, small business owners, and budding entrepreneurs willing to embrace it. Yet the positive implications of longevity and what it may mean for growing old has been slow to take hold both within and outside of our homes.

Many civic and community leaders, like the individuals and families whom they serve, are more likely to see aging as something that happens to other people rather than something to embrace in themselves. Therefore, actively preparing for transition is often an afterthought rather than a plan.

This comes despite assertions from many in the financial and retirement fields who see older adults as people who are working longer, buying more goods, and generally propelling economic growth in their communities. Businesses unwilling to acknowledge this inevitable reality find themselves facing a double-edged sword. Many lack the knowledge to capitalize on the economic opportunities inherent in catering to this elder clientele.

Others, whose own long-time employees are ready to leave the workforce, find themselves ill-prepared to replace or retain the knowledge, the contacts, the ‘how to get that problem solved’ experience of the folks who’ve been with them for years. To retain their talents, future-focused employers are beginning to implement a variety of workplace practices including flexible and shared work arrangements, part-time and part-year schedules, and remote and offsite access just to name a few.

Jeff Rubin is an internationally recognized positive aging advocate as well as a leader in the fight against ageism, and an adviser to business and community leaders on community and aging issues. An advocate for “Age-friendly” and “Livable” communities, Mr. Rubin is currently working to advance these initiatives in Kentucky and elsewhere across the country. He can be reached at jeff@wisdomofage.net 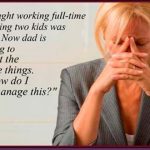 The Problem: You don’t have to look far these days to find someone taking care of the well-being of a parent, spouse, … END_OF_DOCUMENT_TOKEN_TO_BE_REPLACED 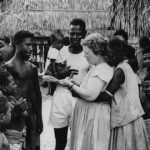 “Connections between generations are essential for the mental health and stability of the nation.” - Margaret Mead “It all starts in … END_OF_DOCUMENT_TOKEN_TO_BE_REPLACED 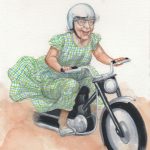 Scarcity of Travel Options Affects Health, Livelihood, Economy and Much More! To many, driving is a privilege too often take for granted. … END_OF_DOCUMENT_TOKEN_TO_BE_REPLACED 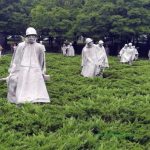 Wednesday, June 27th I was privileged to serve as a civilian volunteer on an Honor Flight from Louisville, KY to Washington D.C. Allow me to share a … END_OF_DOCUMENT_TOKEN_TO_BE_REPLACED 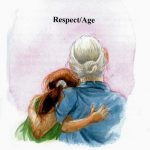 This Sunday, September 8th is Grandparents Day. Signed into law by presidential proclamation in 1978, the statute marks this day and lists three … END_OF_DOCUMENT_TOKEN_TO_BE_REPLACED